When SSD drives came out, they promised faster loading speeds, less errors and corrupted files, better performance, a longer life span and all of that in a smaller package than the alternative, the HDD. Given that not only did they deliver on their promise but also expanded on it, they soon became the new standard for most computers.

And as they became more affordable, more and more people, like me, wanted to upgrade their existing rigs. This is also what I did. And given that I am a Samsung fan, I decided to buy a Samsung SSD to replace my HDD of the same brand. Not only was I getting the same high quality only Samsung can provide, but also, I could transfer all my data from the old to the new drive using Samsung's own software, the Samsung Data Migration.

But things soon turned sour with the app running smoothly until it reached 99% and then getting stuck there for several hours before I decided to give up. Not knowing what to do, I turned to the internet, and here is what I found.

Solution One: Check that You Have enough Room on the Target Drive

A very common issue whenever we are transferring data from one container to another is that we miscalculate their sizes and transfer such much data into a drive that it cannot store.

If this is the case with you, do not worry; you can either use a different drive. Or, if possible, take the drive you have back to the store and replace it with a bigger one.

Solution Two: Make Sure Both Drives Are Properly Connected

One or both of your drives are improperly connected. This can be either due to a faulty cable or socket. It might even be a case of your computer's power supply not providing enough power.

Here we will assume it's either a bad connection or bad cables. If it's a power supply issue, you could consider upgrading it. 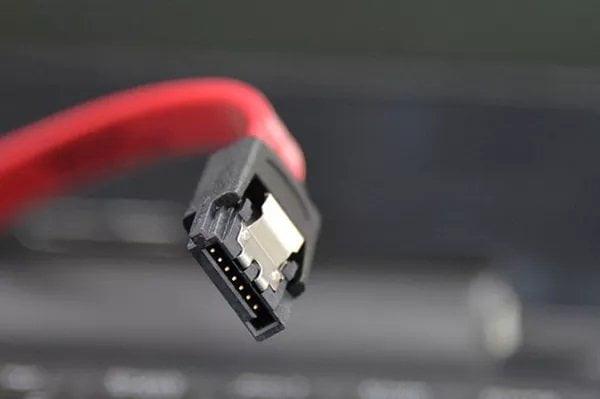 Solution Three: Check Your Drives to See if They Are Functional

Now that we have checked the basics, we can get a little bit more technical.

It might be an internal error preventing migration from finishing. For example, corrupted files or big data chunks. To check the state of our drives we have to follow these steps:

Repeat the same process to another drive when the first test ran by Command Prompt says ok. When there's a bug reported by the program, you can fix it right away by following its suggestion on the prompt.

Like any other application, Samsung Migration tool can get outdated and not run properly. Thankfully, updating it should be pretty easy. All you have to do is go to the Samsung app site by searching Samsung Migration tool on Google and then downloading the latest version and installing it. You should do that regularly to avoid having an outdated app. 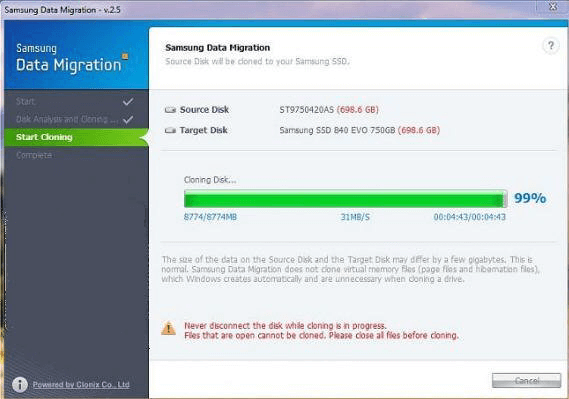 Last, it might not even be the app or the drives that have an issue but the workload itself.

Either because your computer is lacking short-term memory or the hardware is too old to transfer too much data at the same time. The solution for that is to try to do the data transfer in parts. A safe number to try is less than 100GB of data per transfer.

Whether you need to upgrade your rig, move to a completely new one, share data or simply make a complete backup of your Samsung hard drive, chances are that you will have to use Samsung Migration tool. In this article we have listed out what you need to do if that really useful tool doesn't work. Hopefully, one of the solutions provided will be the one for you.

Yes and no, Samsung Data Migration will not affect your source drive but will definitely wipe and replace everything on the target drive.

2Can I delete Samsung Data Migration?

Sure, you can delete it from your computer.

How to Fix Screen Mirroring Not Working on Samsung

How to Restore a Frozen Samsung Tablet to Working Order

System UI Has Stopped, How to Fix Samsung Phone (Galaxy S3 and later)

You May Want to Read