How to Backup Android Phone: The Complete Guide in 2022

There is a Necessity to back up your Android Phone

Our mobile phones have become more than just a communication device, it becomes the hub of all our interaction with the world. From contacts to email to messaging to photos to music and everything between, our mobile phones store our lives on ones and zeros.

Being a fragile electronic device, it does require some care, and even the most careful of us all have experienced the trauma of a lost phone or a system crash when you lose all that life-data. This is of course why there is such emphasis placed on backing up our devices.

As an Android phone user, I have used several of the backup applications available and I have had mixed success. However, I have also noticed that there are a wide variety of methods to backup Android phones and tablets but not all are user-friendly. Let’s face it, if the process of backing up your Android phone is complicated you are unlikely to do often. Considering that the general rule of thumb for mobile devices, is to back up your Android phone at least once a month, if not more.

So, is there a simple, easy to use application for Android backup and restore? The simple answer is - YES. In my search for the “best” application, I found an app called “Fonelab” for Android devices. And it’s by far the most simple way of performing an Android backup. To backup Android phones, you have 2 ways, backup on to your PC or backup via Google.

How to Backup Android

Thing is though, compared to the other major OS in the mobile market, these ways all seem clumsy and lengthy.

That is where Fonelab makes all the difference. This little application gives you all the abilities you want to back up your Android phone. And of course, it also offers that phone restore option if you need it.

Download DataKit Android Data Backup &Restore. Once it’s installed on your PC, you are ready to safely and easily backup your data. Out of all the ways there are for Android backup, this is by far the most convenient.

The process is simple.

OneClick to Backup Android Data from any Android Devices to PC.

For those who want to know about Android Restore 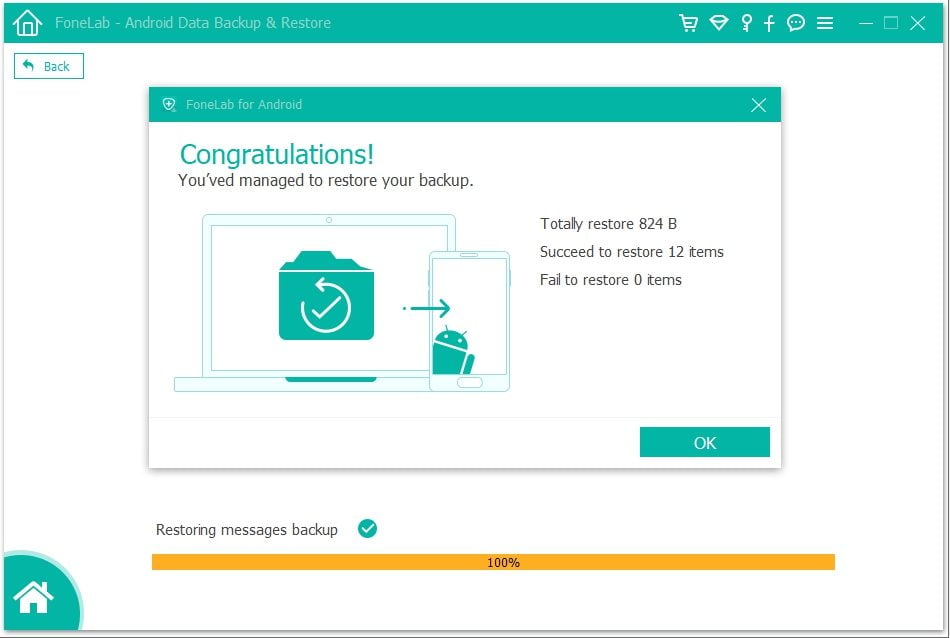 Using Fonelab Android Data Backup & Restore is much easier than any other method I have used. Compared to the cloud-based method via Google, I found that Fonelab does not require you to set up anything on your phone at all. It’s a simple process of connecting and click. It’s as easy as it can get and simple to navigate to the function that you desire.

You are also not required to have any data connections on your phone to complete the backup or restore process. So, if your Android phone is damaged and cannot connect to the mobile network, you are still able to connect it to your PC and use Fonelab Android Data Backup & Restore to retrieve your data. The application is also compatible with all the major Android phone brands.

This makes Fonelab the most simple and most user-friendly Android backup software that I have ever used, I highly recommend Fonelab for any Android phone user.